Godfidence is a career playlist released as monthly series compiled by the artist himself. These collections truly represent an artists’ body of work. We fished through two thousand unreleased and publicly distributed songs to cherry pick the perfect playlist. Each song is coupled with a narrated story behind each lyric or experience during these legacy Recordings. The mystic of Sir’s music is he has never recorded a single; he’s quoted saying “every song I’ve ever released shares an underlining story to the best collection of the Urban Gospel.” These urban hymns feels like a tour of the black church culture. It’s Gospel with Hip-Hop, Soul and Big Band Jazz undertones. Sometimes you just hear a straight F-Bomb drop on Raise Hell and next he’s into a profound theological story of Jesus in the Ghetto featuring Anthony Hamilton. This journey will take you from a small store front church sonic to a date night and somehow keep the cross dead center.

The Sir’s Treasures: Intimate Photos, Mementos, and Music from the Tymple Legacy Collection. Sir’s Treasures, filled with never-before-seen photos, videos, letters, mementos, and more. A southern gentleman who brought back honesty. Sir possess not just an artist career but a cultural trendsetter for Gospel. Saint Ashleey is the first urban missionary under Tymple. saint’s treasure tells the story of Saint’s life with rare and never-before-published quotes from those she loved and those she worked with–and from the saint herself. She has images from several Saint archives, as well as some removable facsimile reproductions of items, such as an audible diary and a saint Ashleey family photo album, providing behind-the-scenes blooper glimpse into Saints world and talent. Also included is a new compilation of podcast, playlist, and songs. This celebration of the many elements of Saint Ashleey—as singer, as urban missionary, as friend–brings to life as never before the image of a saint who shows truth and beauty through her veils.

From homelessness to a household name...

Sir William James the Baptist is a highly profiled, 2x Grammy Award nominated writer, two-time Dove award winning producer, and three-time stellar award winning, BMI 2021 songwriter of the year. Christian leader in the global Gospel industry. He is internationally recognized as a music artist, hymn writer, business magnate, economist, media proprietor, and revenue agent for licensing intellectual property. His music is his most popular talent, but his innovations pioneered the gospel culture with the creation of the first gospel streaming app, education on diverse business ethics, and mission houses for missionaries of the Christian faith. He is the Chaplain of Innovation, the majority shareholder, and architect of tymple.

The Name: Born into the Stovall lineage, his name, “Baptist,” was adopted as a peer ceremonial name that was derived from his father’s occupation as a Baptist preacher. His name, Sir, was ascribed during his parochial school years at Saint Leo Catholic. Professionally, the epithet Sir the Baptist was used because his model for evangelizing Jesus Christ in the wild was adopted from the prophet John the Baptist. Sir even practiced ritualistic baptisms at festivals in America and at 22 shows across Europe.

The Baptism Tradition: Sir was the 13th generation to be baptized. His ancestors practiced the Baptist tradition during their transatlantic journey during the English Separatist movement in the 1600s. With his Stovall bloodline, the Protestant Reformation to the Church of England (Anglicans) during the separation from the Roman Catholic Church can be traced back for centuries. The first recorded baptism in Sir’s bloodline can be traced to George Stovall II in the year 1555, in Guildford, Sussex Co., England.

Origins: The Baptist was born and raised in Bronzeville as the 20th child of the late family patriarch, Dr. James Benton Stovall, (who was born in 1924 and a traveling pastor and Christian apologist, during the Great Migration) and Mother Patricia Ann a transatlantic Missionary. Sir was also raised in a highly impoverished neighborhood in Cook County. He attended Columbia College in 2012 before dropping out the same day he started.

Career: Later that year he became Director of Digital Marketing and Media in multiple Mcdonalds campaigns at the world’s largest ad agency, Leo Burnett Company, Inc. During his Burnett years, his work ranged from digital marketing, to writing scores for a film that featured Meghan, Duchess of Sussex of the house of windsor, to jingles with ad guru, Ira Antelis (Be Like Mike.) After fighting for the ownership to his publishing rights with the agency, he went homeless and drove Lyft until he signed a deal with Atlantic Records/Warner music in New York City in 2014.

But when did the Sir accept his higher calling to become a market wizard of the Black church culture? He once told a reporter that his enlightenment to christianity was due to a majuanna experience, and that his debut release Saint or Sinner was a blueprint to the urban Christian believer’s. Praised by Jay Z, Stevie Wonder,

Brand Partnership: After seeking enlightenment and studying the economics of Christianity, he founded the youngest black Christian empire in 2020. The Baptist has done agile work with leading global companies, agencies, and lifestyle brands during their most needed growth phases of digital and cultural development. These works include collaborations with companies in the likes of Facebook, Apple, Google, Lexus, Glenfiddich, Samsung, McDonalds, W Hotels, Lyft, WeWork, Toyota, Tidal, Yeti, Converse, Vans, Macy’s, The Chicago Bears, The Recording Academy, VH1’s Save the Music, Fat Tire and Pandora.

Personal Life: Sir has three children with two different women, both of whom he was engaged to, but never married. His relationships all struggled at the hand of his devotion to his career and building his legacy. 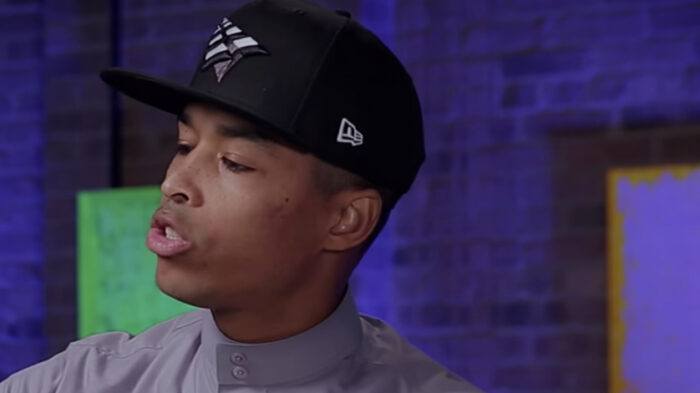 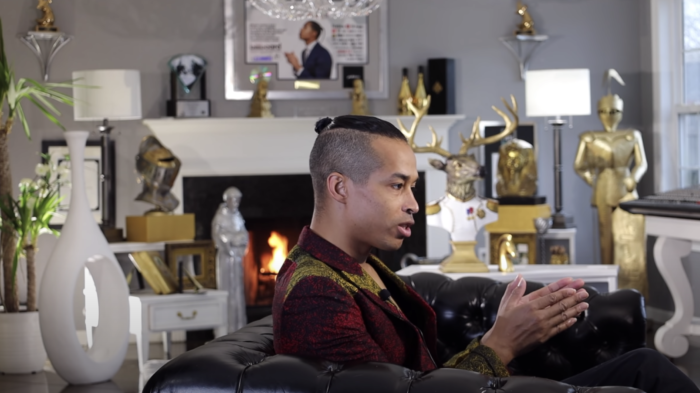 Jesus In the Ghetto 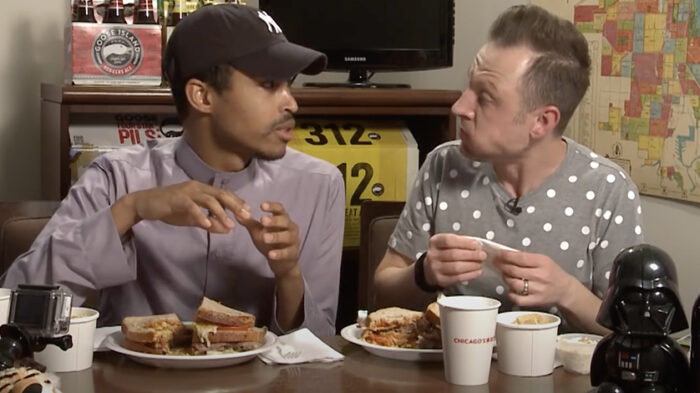 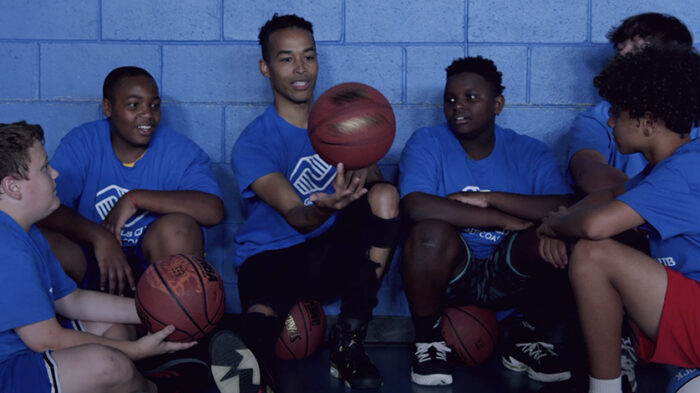 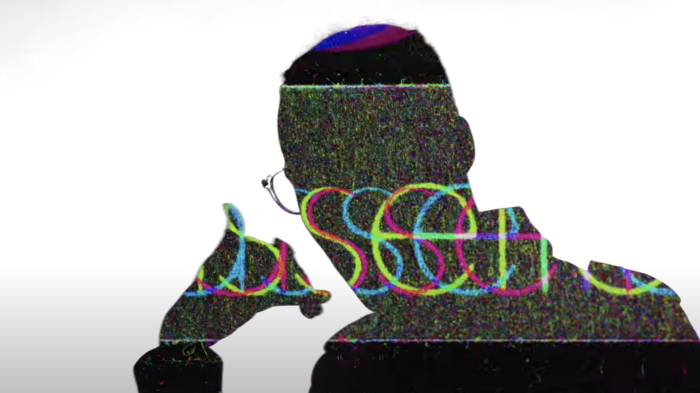 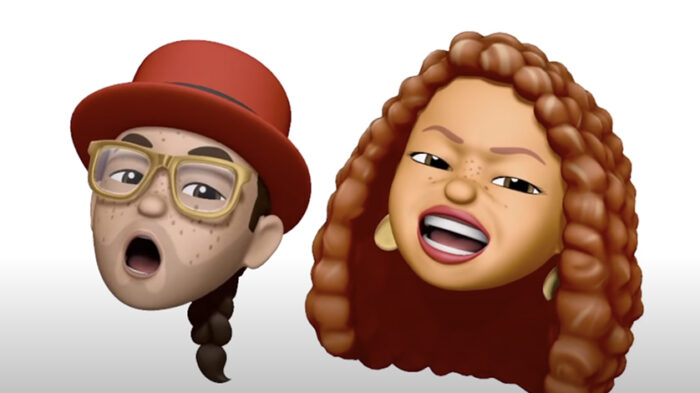 Music & Lyrics by tymple or Baptist Publishing House
Produced by tymple
Recorded at tymple Recording, US