A Christian Family Since 1515

It’s 1515. The location: a foggy Surrey, England and George I. Stovold Stovall was born as the first documented Christian of the Baptist bloodline. The newly crowned King was Henry VIII and the local Surrey Knight was Sir Roger Colpay. Born after the war of 1513, logic tells us George’s father had to have survived the Battle of Flodden 1513 AD, which was the biggest war between Scotland and England. Whether or not his father was in the Scotish or English army is hard to know due to the way the England defeated the Scots by trapping them in the English borders. He could have been Scottish and fled the only direction he could, England. That would also give us an explanation on why his father isn’t traceable, or maybe he wasn’t a part of the war at all. However, there was a bigger fight that was about to arise.

George was born into the religious reformation era, the spiritual turmoil for England and the Church of England. George is raised in a time that the Catholic Rebellion has started against the crown. Martin Luther’s writings began to circulate, 1536 the pilgrimage of grace, 30 – 40k wanting Henry to give up his position as head of the church, and another religious war “the prayer book rebellion.” Right before George would birth his (blank) child he would see a new king and the first protestant King Edward VI.

In 1555 George Stovall II, was born in Albury, Surrey, England and was baptized in Guildford, Sussex Co., England. George I birthed a son into the era of Bloody Mary, who during her five-year reign, married the daughter of Henry VII. She had over 280 religious dissenters burned at the stake in the Marian persecutions. The fight for royalty between Henry VIII’s kids would finally end with Elizabethan Religious Settlement between the Catholics and the Protestants. The  Spanish Armada would arrive the same year that George II would have a son. Luckily, the Spanish lost and the church of England would have a quiet 21 years. George died in 1609, in the same community in which he was born.

George Stovall III born in 1588 was born in Albury, Surrey, England. The III would see bombings from Catholics onto the protestant church, plagues, The Great Fire of London  and King James I rulership over the Church of England. Somewhere in the midst of all this, George married Margaret Ann Farley in Albury, Surrey, England, on October 11, 1612, when he was 24 years old. Together they only had one child, to which he passed on the family name. George and Margaret were married for 44 years until he died on February 26th, 1657.

In 1623 George Stovall IV was born in Albury, Surrey, England. He only had one child, a son. He is the eighth great grandfather of the Baptist bloodline. The IV saw the likes of The Bishops’ Wars of 1639 and 1640, He was a part of the Albury Parish. The parish of Albury is unusual as it has four churches. He was an active member of Old Saxon Church. He married Joane (Jane) Tickner on October 16, 1653, in his hometown. They had one child during their marriage. George died on November 8, 1665, in his hometown at the age of 42.

In 1664 Bartholomew “The Immigrant” Stovall was born in Albury, Surrey, England. At the age of 10, his mother petitioned the society to secure an apprenticeship for him, however he was denied and eight years later he was baptized at the age of 18 on November 11, 1683, in the Espiscopal Church (Church of St Peter and St. Paul) at Albury. He may have done this in order to emigrate since Quaker and other non Espiscopal religions were not held in the same regard as the members of the Church of England. On July 7, 1684, at the age of 21, he signed an indenture document to be an indentured servant to John Bright; Merchant of London for 4 years on arrival in the Colonies. He boarded the Booth and signed documents presented by the ship’s master; Peter Pagan and witnessed by Joseph Pycraft.

For each laborer brought across the Atlantic, the master was rewarded with 50 acres of land. This system was used by wealthy plantation aristocrats to increase their land holdings dramatically. In addition, of course, they received the services of the workers for the duration of the indenture.

This system seemed to benefit the servant as well. Each indentured servant would have their fare across the Atlantic paid in full by their master. The servant would be supplied room and board while working in the master’s fields. Upon completion of the contract, the servant would receive “freedom dues,” a pre-arranged termination bonus. This might include land, money, guns, clothes or food. On the surface it seemed like a terrific way for the luckless English poor to make their way to prosperity in a new land. Beneath the surface, this was not often the case because only about 40 percent of indentured servants lived to complete the terms of their contracts. Bartholmew was one of the lucky ones that was able to survive. He married Ann Burton on August 8, 1693, in Henrico, Virginia and they had one son together. In 1721, he died leaving his wife and 21 year old son behind.

In 1700 John B. Stovall, was born in Henrico, VA. He was the first American born Stovall. He was born and raised in Henrico, Virginia, one of the oldest counties in Virginia. He lived during the time of Queen Anne’s War in which the French and the Native Americans battled along the east coast, including Virginia. John and his wife had 20 children over a period of 30 years and owned several slaves on a plantation in Virginia. John lived to be 81 years old, leaving his earthly home in 1781.

In 1755 Thomas Stovall, was born in Goochland, VA. His mother and father were amongst some of the earliest settlers in Goochland. Goochland was formed largely in part by religious refugees who were given land by the Crown and colonial authorities about 20 miles above the falls of the James River. One notable church is Byrd Presbyterian Church. The congregation has some members descended from the original worshippers who were organized in 1748 at Tucker Woodson’s farm by Samuel Davies, a theologian. He later served as president of Princeton University. By 1759 the group had constructed its own building on Byrd Creek. Thomas met and married Elizabeth Cooper in Georgia. They had ten children in 13 years. He died in 1793, when he was only 38 years old.

In 1828 Joseph M.P. Stovall, was born in Milledgeville, GA. He had three children. Joseph Marcellus Pleasant Stovall was living in Georgia in 1828 when the cotton crop reigned as lifeblood to the state’s economy. However Joseph worked as a store clerk. Marriage records indicate that Joseph married Florida CV Hill, a slave, on February 4, 1845. In an 1870 Census, Florida is listed to have a total of 9 children, 3 listed as black, and 6 listed as mulatto. One of those children listed as mulatto was then 8 year old, Turner, reportedly named for the legendary freedom fighter, Nat Turner. Joseph died in 1892.

In 1858 Turner Stovall was born in Russell, AL. When Turner was two years old, the United States began the Civil War. The civil war began primarily as a result of the long-standing controversy over the enslavement of black people. Just three years later, Abe Lincoln signed the Emancipation Proclamation abolishing slavery. Turner was the first of the Stovall bloodline to be listed as black on a 1920’s census. He was also married to a black woman named Maggie, and according to the census, together they owned the land they lived on and had seven children. After slavery was abolished, segregationist attitudes towards blacks and whites worshiping together in were not as predominate in the North as compared to the South. Many white Protestant ministers moved to the South after the Civil War to establish churches where Blacks and whites worshiped together. The attacks by the Ku Klux Klan or whites opposed to such efforts thwarted those attempts and even prevented African Americans from worshiping in the same churches as whites. In communities where Blacks and whites worshiped together in the South shortly after the Civil War, the persecution of Blacks was less severe. Yet, freed Blacks most often established congregations and church facilities separate from their white neighbors, who were often their former masters. These new churches created communities and worship practices that were culturally distinct from other churches, including forms of Christianity that derived from African spiritual traditions. Turner died in 1929.

In 1892 Felder Stovall was born in Alabama. Felder never attended school, but was able to read and write, most likely taught by white children in the neighborhood. He became a farmer and married Iberta Stovall in 1917 at the age of 24. Together they had five children. Felder died in 1972.

In the year 1924  Dr. James Benton was born in Alabama on August 8th. He migrated from Alabama to Chicago during The Great Migration. In Chicago, he found Jesus and became a preacher. He founded Bright Star Church of God in Christ in 1957. He became known for his community activism and his drive to help others less fortunate. Dr. Stovall has a street in Chicago named after him in honor of his life’s works. With Patricia Harris, Rev. Stovall had two boys, Joshua Benton and Sir William James Baptist. He died of kidney failure in 1998. 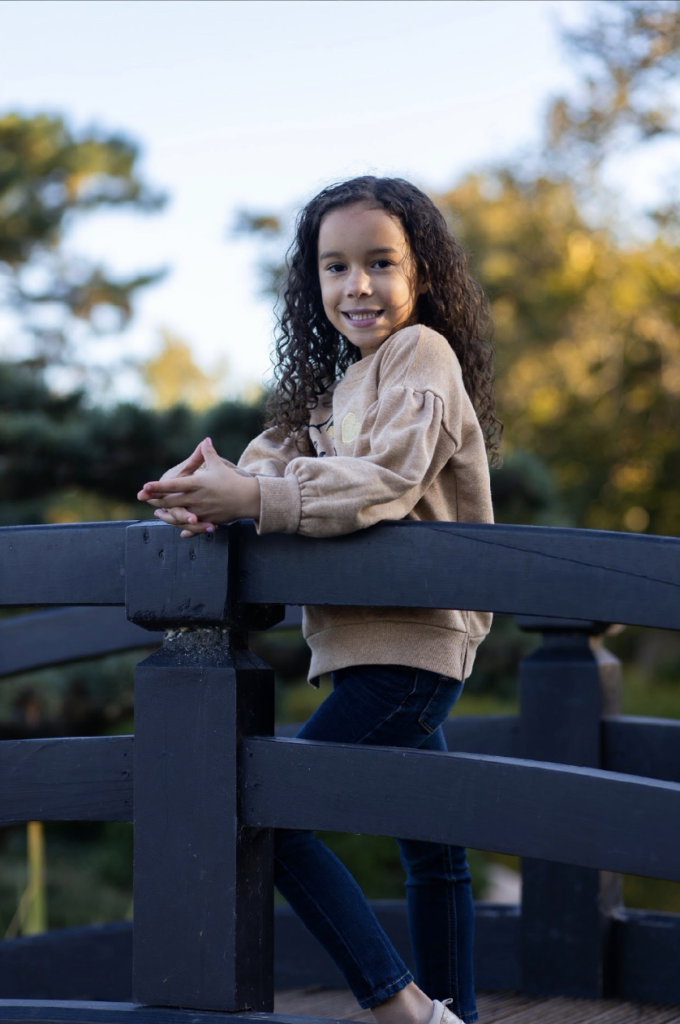 Her Royal Highness Heirlynn Patriz Irene Baptist was born on September 19, 2012. She is the first born Baptist and the oldest of the heirs to the Baptist estate. Since birth she has been an integral part of the family business and the face of her own clothing line. She has co-authored a coloring book and is currently working on her following as a YouTube, Likee, and TikTok influencer. 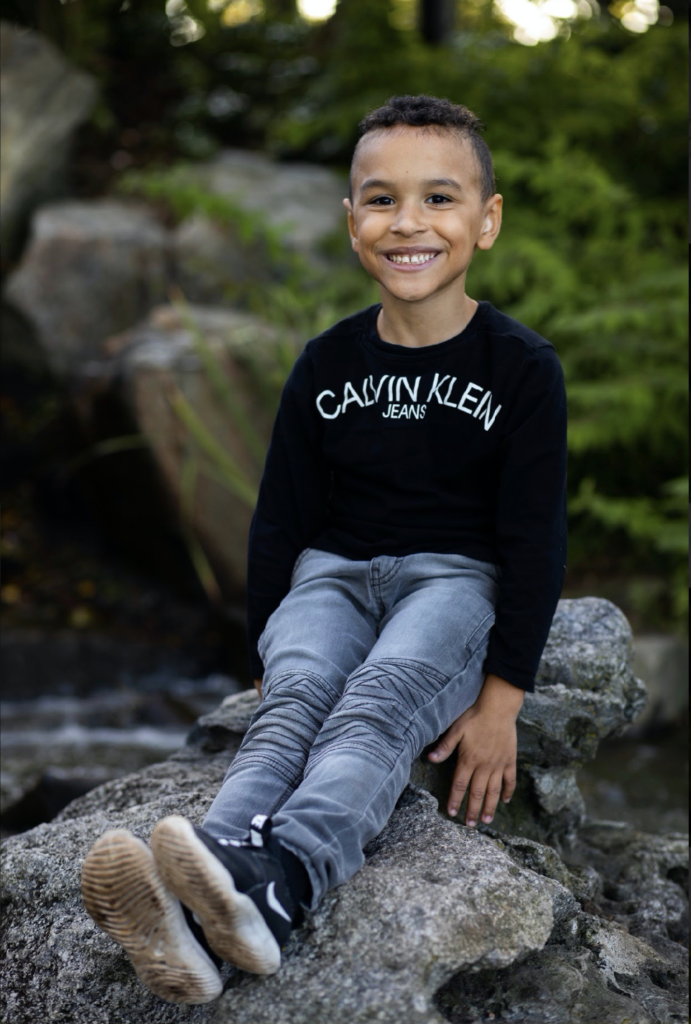 His Royal Highness Prince William James Baptist is the only son born to Sir the Baptist. His day of birth was hand chosen, and scheduled for delivery by Sir as Valentine’s Day, 2014. Prince has followed in his father’s footsteps and has production credit on several of Sir’s records, performed on several American stages and sat in on executive meetings with Lyft, Facebook, and many other prestigious firms. Prince also co-authored a coloring book with his older sister, Heirlynn. Currently the carrier namesake is perfecting his business strategies and helping plan for the growth of his father’s empire.